Configuring Cloud Bank store and HPE Cloud Volumes storage as replication targets is pretty straightforward and does not differ much from the configuration of a regular Catalyst store.

SEP sesam HPE StoreOnce replication enables you to replicate data between the HPE Catalyst store and another HPE (remote) Catalyst store, HPE Cloud Bank store or HPE Cloud Volumes. SEP sesam replication only searches for new blocks of data in the source media pool and replicates these changes to a target media pool according to a defined schedule. Replication means that only changed data blocks are sent over a network and replicated to the target server. This reduces the data transferred over the network and gives you the ability to control your network usage by scheduling replication. For details on SEP sesam replication and its prerequisites, see About Replication.

Creating the Cloud Bank store is similar to creating a Catalyst store with some additional steps described below. 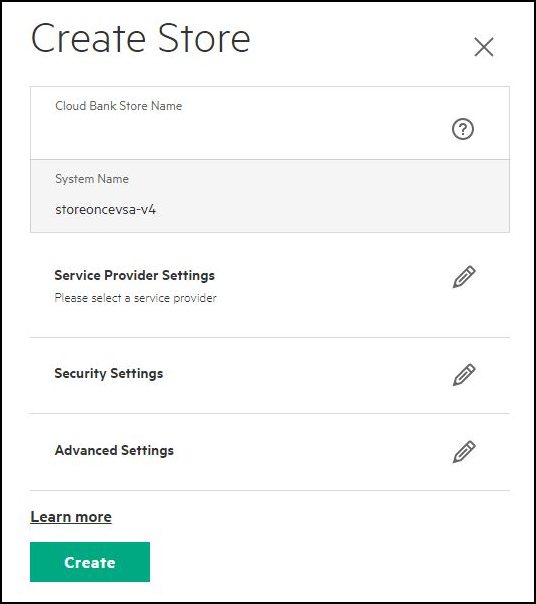 Once your Cloud Bank store is created, configure its Client Access permission, as described in Creating an HPE StoreOnce Catalyst store.

When configuring the stores, you have to select the relevant store type HPE StoreOnce or HPE Cloud Bank Store and specify your credentials, as described in SEP sesam HPE StoreOnce Configuration.

Each data store requires a media pool. Note that you can create media pools during the data store configuration by clicking the Create Media Pool button or later in the HPE StoreOnce/Cloud Bank/HPE Cloud Volume data store properties, as described here.

Replication requires a source and a target media pool to where the data is replicated. 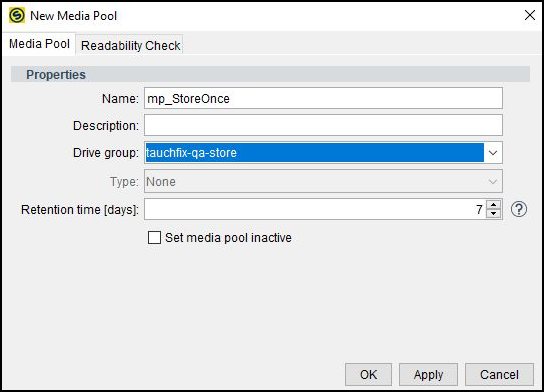 Once you created a source media pool, create another - target media pool for your second HPE StoreOnce/Cloud Bank store, for example, MP_target_StoreOnce_weekly.

To make sure that your data is backed up properly, test the backup on both HPE StoreOnce stores.

If your test backups finished successfully, create a replication task for your Catalyst store. 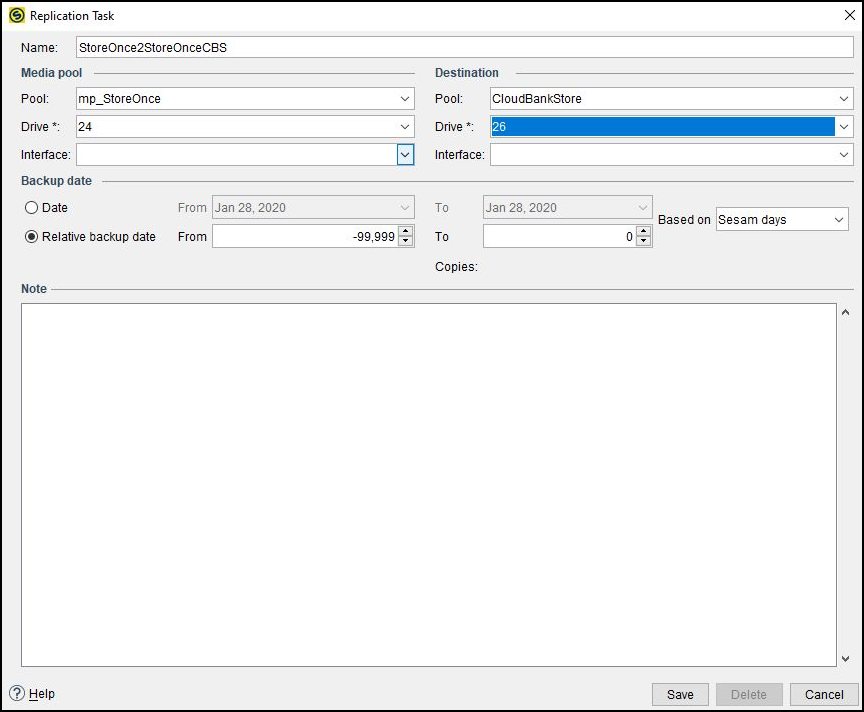