Configuring a backup to StoreOnce Catalyst store consists of the following steps:

Creating a media pool for backup

Backing up to HPE StoreOnce

Configuring a backup to HPE StoreOnce Catalyst store in the SEP sesam GUI involves creating a backup task, setting up a backup schedule (specifying when you want to back up your data) and linking the schedule with a backup event (specifying how and where to back up the data). For general details on backup configuration and prerequisites, see Standard Backup Procedure. 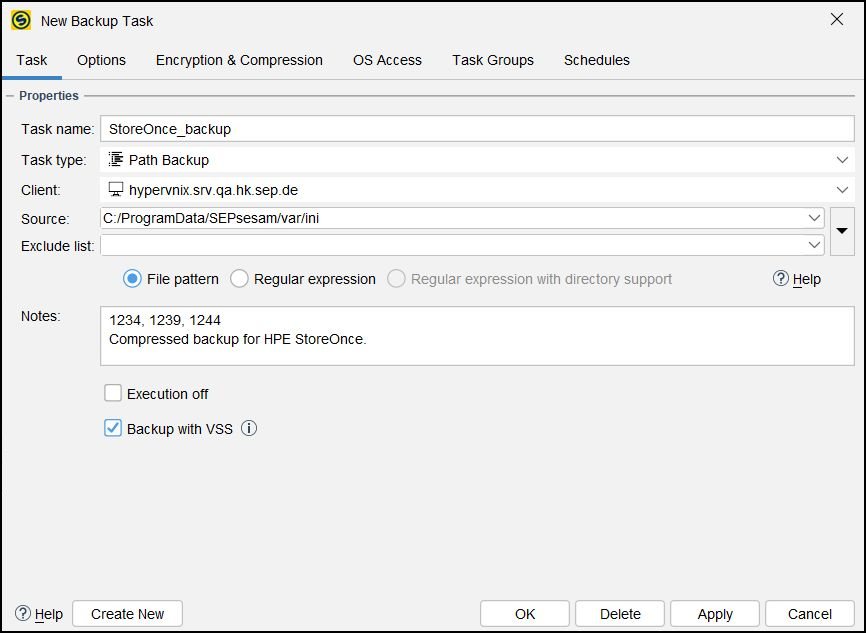 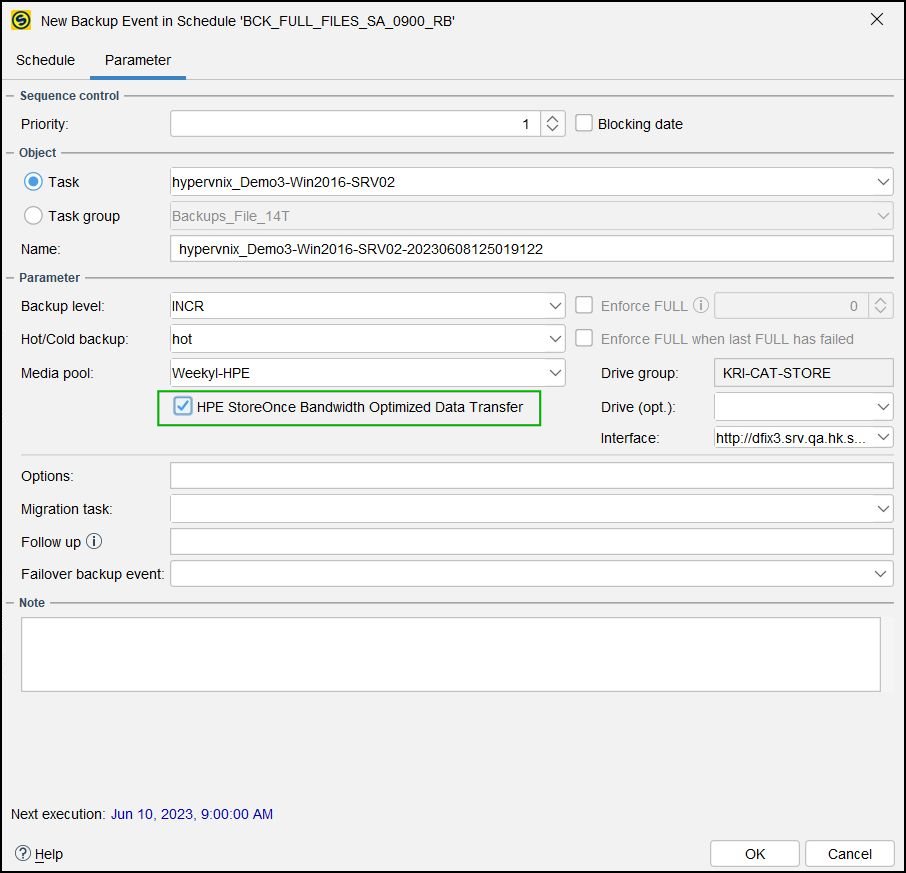