From SEPsesam
Jump to: navigation, search

Backup for OX6 with SEP sesam

This document describes how to set up a SEP sesam server to backup an Open-Xchange 6 environment. Unlike previous Open-Xchange versions backups of version 6 are not executed via a so-called "Open-Xchange module" but through distributed backup tasks.

A backup of an Open-Xchange system has to include the following components:

Furthermore it is possible to restore individual e-mails of different users.

To use the SEP sesam single mailbox backup, you have to install the above-described Service Pack recorded in 1.1.

Here you have to replace the file "sm_reformat_lis.exe" in the directory <SESAM_ROOT>/bin/sesam!

Setting up the backup jobs

In the first step the whole Open-Xchange system can be backed up on file level by setting up an "all" backup.

The task has to be created in SEP sesam like this:

Additionally it is recommended to use the post- and pre-script options for this so-called "offline backup" in order to shut down the Open-Xchange service for the time of the backup. This way the Open-Xchange database can be backed up consistently.

In addition to the previously described "all" backup we suggest creating a so-called "disk_info" backup. This backup task makes it possible to execute a SEP sesam BSR Linux Disaster Restore with the help of the backed up partition information (see: Disaster Recovery for Linux 2.0)

The LDAP service associated with the Open-Xchange includes the information of all user accounts. The task has to look like this:

Backup of all MySQL databases

The following example shows the setup of the backup task for the MySQL database associated with Open-Xchange. In the first step you can do a full backup of the MySQL instance. This backs up all databases available on the MySQL server:

In order to also make separate e-mails restorable in case of emergency the backup of the IMAP server used in Open-Xchange (Cyrus, etc...) has to be done separately.

Later on, with the help of this backup you can restore separate e-mails comfortably into various user accounts and subfolders using the subject line. 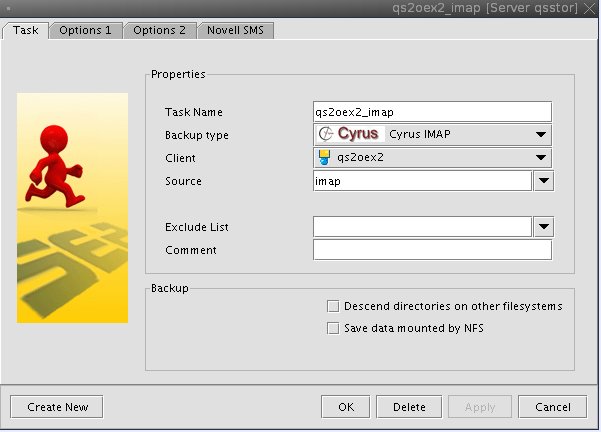 Besides the option of backing up all databases of an instance you can also backup separate MySQL databases. In most cases an Open-Xchange instance consists of the so-called "configdb" and a database that resembles the according domain name of the installation.

Once the required backup tasks are created, Linux BSR restore can be performed. For details, see Disaster Recovery for Linux 3.0 en.

In order to make individual e-mails restorable the SEP sesam Client has to have the according rights to activate IMAP synchronization. This file has to be created on the client:

The restore is done over the SEP sesam Restore Agent. After selecting the according savesets a list of the users and their e-mails appears in the restore wizard: 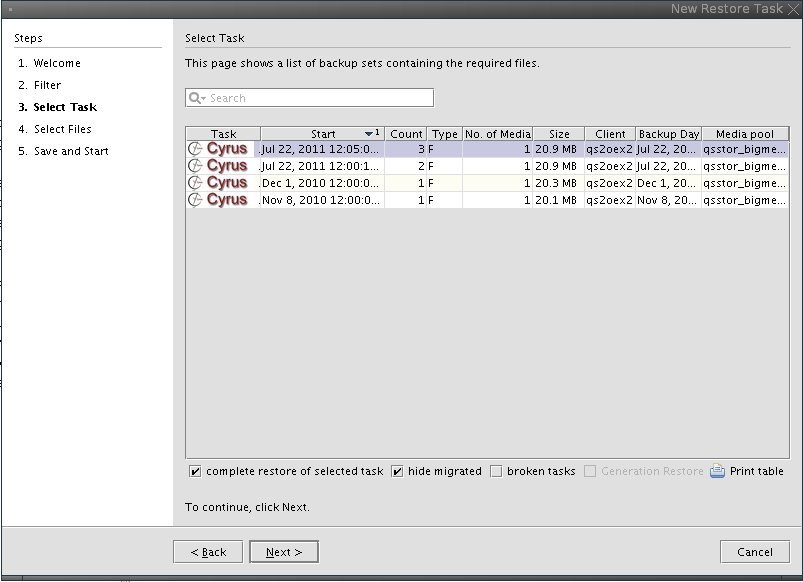 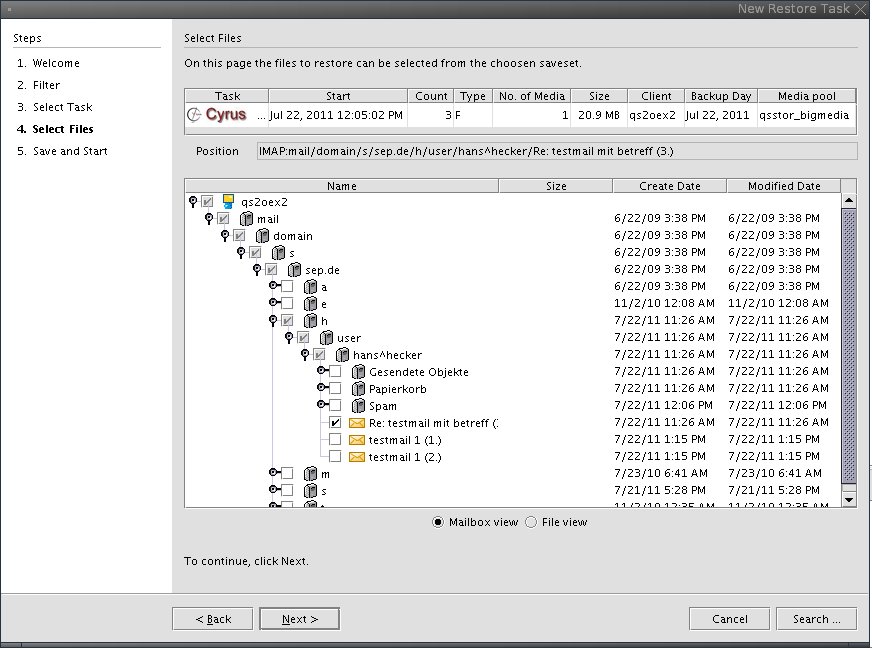 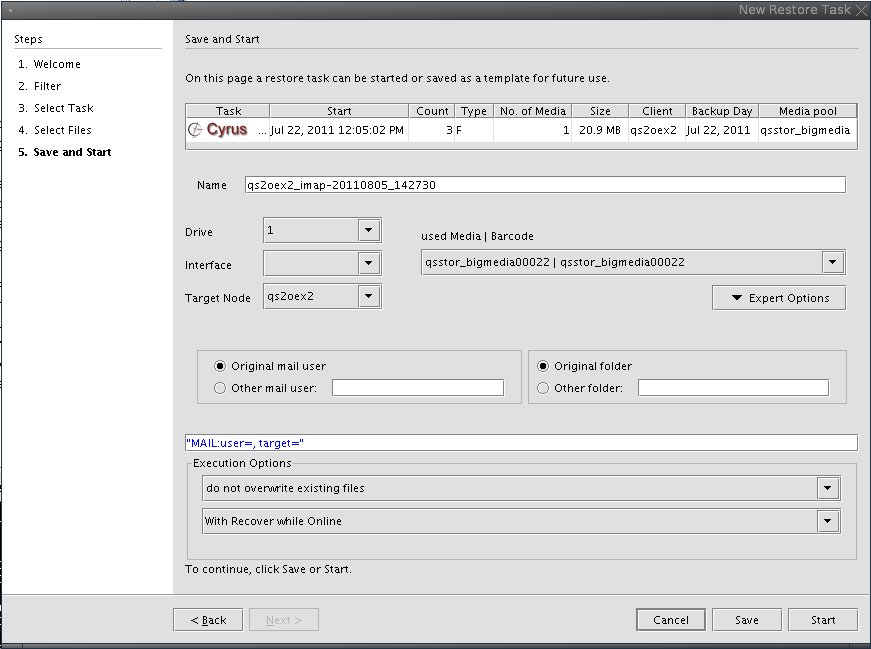 Restore to a different target

It is possible to restore e-mails into different subfolders.

In the following example the selected file is restored into the subfolder "restore" for the user "mailuser":

After a finished restore

Afterwards the user can query the restored e-mail via his Open-Xchange Login:

Restore of the MySQL databases

A restore of the MySQL databases can be done as described in the respective MySQL documentation: